San Gwann, Malta – July 2017: iMovo Ltd., the acknowledged leader in Customer Experience Management (CEM) and Business Intelligence (BI), today announced that it has appointed Mr. Philip Micallef as a member of the company board of directors.

Prior to his appointment at iMovo, Mr. Micallef was most recently the Chief Executive Officer of Air Malta. He has also held the position of CEO of other major organisations such as Malta Enterprise and Melita Plc. He previously was the Chairman of the Malta Communications Authority and Chief Executive Officer of the Regulatory Authority in Bermuda. He has also held strategic roles with organisations like Management Systems Unit, Olivetti in Italy, Switzerland and Spain as well as France Telecom Equant.

This executive appointment further reinforces and strengthens iMovo’s growth plans and its efforts to bring innovation and choice to the market.

“I am really delighted and honoured to form part of this dynamic, innovative and forward-looking company full of talent and ideas.” said Mr. Micallef.

Commenting on the appointment, Pierre Mallia, Managing Director said “In today’s world companies need to think in terms of global opportunity, Philip brings a wealth of international and managerial experience which will contribute significantly to the company’s plans and strategy for growth. We are as a board, extremely pleased to have him on board”. 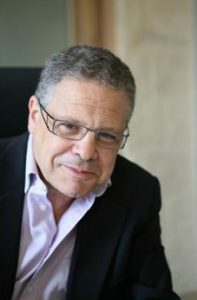 Seven best practices of customer service The death of a master storyteller
We use cookies on this site to enhance your user experience: Find out more.
Scroll to top