Slack, Silicon Valley’s corporate messaging darling, needs little introduction. The tool has quickly become the defacto internal messaging tool for a variety of companies in different sectors not only because of its ease of use, but also because of its ability to integrate with other systems used internally. A system that allows the user to carry out actions in another system seamlessly, efficiently, and effectively is a godsend, and here one can draw parallels with Zendesk.

Zendesk is often used to service both external B2C or B2B operations as well as internal customer support, be it through HR or internal IT. Besides the ease of use of the platform, the strength of Zendesk lies in its ability to integrate well with other solutions the company may be using and is often a cornerstone of internal systems. A large amount of systems use Zendesk as a ticket tool that pulls data from a CRM like Salesforce, and integrates with technical ticketing through Jira, allowing agents with different responsibilities to carry out their duties on one platform.

Slack’s new Actions takes this integration a step further and brings together your favourite messaging tool and help desk platform. Using the Zendesk Actions for Slack, a user can create a ticket or add comments to a ticket from the message itself – never having to leave Slack. 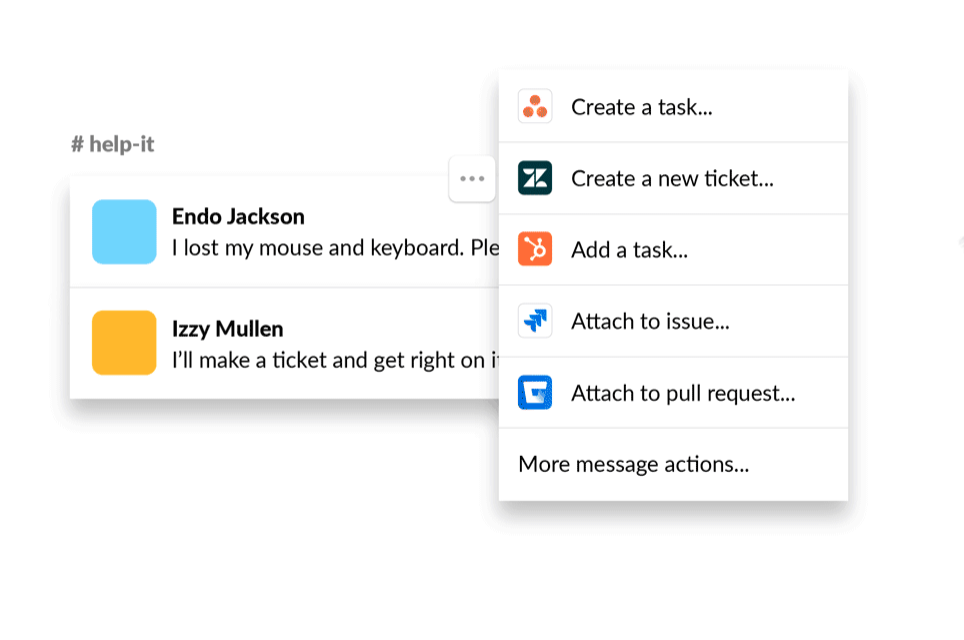 This integration further helps to streamline the internal support process and reduces friction between internal support and the colleagues that they are supporting. Using Zendesk Actions for Slack, the agent no longer needs to push end-users towards an internal support form but can instead raise a ticket from the conversation itself, increasing satisfaction levels all around.

If you would like to learn more about Zendesk and how it can integrate with your systems, contact us today!